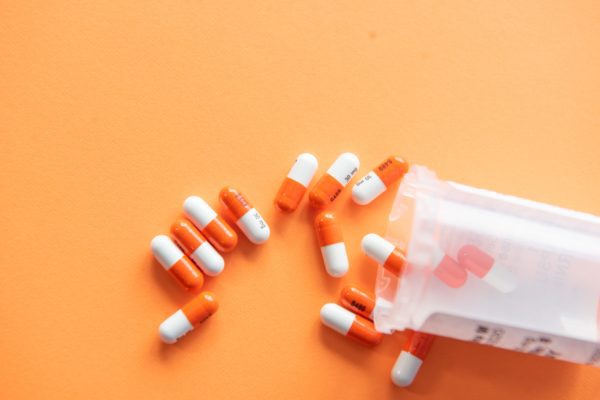 The idea of taking medications, especially if it’s your first time, can sometimes be anxiety inducing and bring about fears of uncertainty. Especially, it might be scary to consider that the medications will affect your brain! We hope that this article will add some context and reduce some of that fear by demonstrating what is known and what is not, as well as what to expect when you start your medication and the timeline for improvements. We’ll cover how long until you start to see improvements and why clinicians prescribe medication for OCD in the first place.

Setting Your Expectations For Medication:

When considering setting up a medication consultation, it is important to recognize that medications for OCD take time and require consistency. Despite which medication path you choose, in order to optimize your treatment, you will need to do your best to take the chosen medications daily. Pillboxes, phone reminders, and family members can be very supportive in helping to increase your success with taking medication consistently. Of course, one might miss days every now and then but it’s best to not miss more than one day in a row or multiple days in a week.

How Long Do You Have to Be On Medication?

The timeline for treatment is a relatively long one. Research tells us that it can take up to three months in some to even start experiencing a reduction in OCD symptoms. However, most will start to notice gradual symptom improvements after about 6-8 weeks, and occasionally people experience a benefit as soon as 2 weeks into a medication trial. The 3-month timeline doesn’t start until you have reached a therapeutic dose. This may take some time, especially if your body is sensitive to side effects, which would require very slow dose increases, or switching between different medicines to see which one best agrees with your system. You will likely begin to recognize, reading through this, that if you end up going through different medication trials since each can take months to kick in, it may take 6-12 months before settling on the medication strategy that is the most beneficial for you.

Oh, and medications can work! They certainly aren’t the only answer to decreasing the intensity of your symptoms. Both medications and a form of cognitive-behavioral therapy called exposure and response prevention (ERP) are both considered “gold-standard” treatments for OCD. For some with severe or extreme OCD, the combination of ERP therapy with medication likely provides the best shot at giving you the long-term outcomes you are looking for. Many people don’t need medications and will get better with ERP alone. For some though, medications can complement the ERP treatment well, for example in helping reduce extreme levels of distress that might make it otherwise difficult to resist compulsions using ERP.

50-60% of people will experience at least a 35% drop in their OCD symptoms from treatment with an OCD medication. The average symptom reduction is around 40-50%. Long-term, with the addition of ERP, many people come to a point where the symptoms have no longer been bothersome for a long time and they might be able to try to slowly come off of the medications. It typically takes 1-2 years of treatment before people are ready to consider decreasing and potentially stopping medication, which should always be in consultation with your treating doctor. Doing ERP in combination with medications, and continuing ERP after stopping medications, reduces the risk of symptom relapse. Many people have a positive experience with medications and choose to take them for many years after initiation and maybe even for the duration of their lives. Medications can be extremely beneficial, and in many cases necessary, for people who are unable to undergo ERP due to other severe additional mental health disorders such as severe depression, severe panic attacks, or in general if the anxiety from exposures is too intense to tolerate ERP without medication assistance.

Understanding medications for OCD: The class (type) of medications that is the first-line treatment for OCD is called selective serotonin reuptake inhibitors (SSRIs). This name refers to an effect that the medications have on a brain signaling chemical (neurotransmitter) called serotonin. As an immediate effect, they reduce the amount of serotonin that is taken back up into the brain cells (neurons) after being released, causing an increase in levels of serotonin between the neurons. The benefits for OCD however, aren’t a result of this immediate effect but rather the gradual changes that occur over many weeks in response to these increased levels. This is why the benefits take a long time to emerge. SSRIs are not correcting a serotonin deficiency in OCD, since there is no conclusive evidence of a deficiency of serotonin in OCD, but rather they work as a “tool” to alleviate OCD symptoms. This is similar to how acetaminophen (e.g. Tylenol) can help reduce pain but is not correcting a deficit of acetaminophen in your body.

When working with your clinician to choose the right medication strategy, it’s important to remember that in the SSRI class, all of the indicated medicines, on average across people with OCD, have an equal chance for therapeutic efficacy. Most of the time, we base our decisions on side effects, family history, and if people are taking other medications for other reasons such as depression. In regards to SSRIs, the FDA has approved treatment with sertraline (Zoloft), fluoxetine (Prozac), paroxetine (Paxil), and fluvoxamine (Luvox). FDA indications are a complicated topic for another day, but it’s important to remember that the medical field uses many medications (FDA off-label), backed by the evidence of efficacy and safety from research studies. Two SSRIs that we often use in treatment for OCD, off-label, include citalopram (Celexa) and escitalopram (Lexapro).

*Note: everyone’s brain is very complex and different from others’; thus, not everyone has the same experiences taking these medications

Understanding atypical antipsychotics: risperidone (Risperdal), quetiapine (Seroquel), olanzapine (Zyprexa), aripiprazole (Abilify). Although the original names for these were “antipsychotics,” these medications have been extremely helpful for many conditions outside of psychosis, including depression, anxiety, bipolar disorder, insomnia, and many others. In the treatment of OCD, the doses are lower than for other conditions (as opposed to the higher doses of SSRIs needed for OCD compared with other disorders). For OCD, these medications need to be added to SSRIs or clomipramine, as they do not tend to have beneficial effects when taken alone. The addition of an antipsychotic medication can lead to symptom reduction in the span of 4 weeks. Around ⅓ of the people who try the addition of an antipsychotic to their SSRI will have a significant reduction in symptoms. Side effects are highly variable depending on the medicine and therefore should be part of the conversation with your prescriber when deciding on which one to choose.

A general approach to combination treatment (more than one medication): If at any point in going through the treatment algorithm above, the person in treatment had a partially beneficial response to the medication, then the clinician could choose to enhance/boost the effect of that medication by adding another medication. This strategy is called “augmentation.” These medications include atypical antipsychotics, clomipramine, venlafaxine, buspirone, memantine, lamotrigine, N-acetylcysteine (NAC), or ondansetron.

A note on treatment resistance (the inability of the above medications to provide the effect that you need to heal and recover): Some people who will have symptoms that don’t respond or only minimally respond to the medications and combinations of medications listed above. Fear not!  Ongoing research is promising for new medications that affect the neurotransmitter called glutamate. Transcranial magnetic stimulation (TMS) is an option, and deep brain surgery (DBS) is also an option for very severe OCD that has not responded to other treatments. If you are at this point in your treatment, you can consult with your doctor about these options. It’s important to maintain hope for treatment success because even if someone has not responded adequately to many different types of treatments, it is still possible to find one, or a combination, that can work!

Like many treatment courses for mental health disorders (depression, anxiety, insomnia, bipolar disorders), the most effective treatment is combing psychotherapy with medications. In the case of OCD, ERP is the gold standard psychotherapy intervention. In fact, clinical guidelines support that for people who have an incomplete response to medications, adding treatment with ERP enhances the effect of the medication leading to improved outcomes. For example, a in a randomized trial of patients who had partial benefits from SSRIs, one group was assigned to  additional ERP and the other group to additional stress management training for 17 weeks. The results were impressive, with the ERP group showing a 74% responder status vs 22% of people receiving stress management training (Simpson et al. 2008). To learn more about the specifics of ERP and how to get started in treatment, check out this out!

If you or someone you know is struggling with OCD, schedule a free call today with the NOCD clinical team to learn more about how a licensed therapist can help. ERP is most effective when the therapist conducting the treatment has experience with OCD and training in ERP. At NOCD, all therapists specialize in OCD and receive ERP-specific training.

What are SSRIs and do they work?

What are SSRIs and do they work?