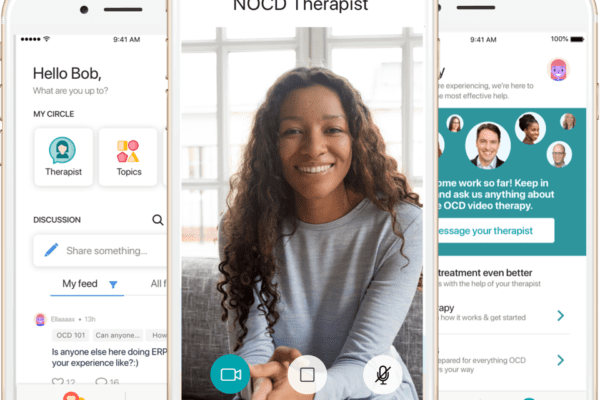 The new funding will be used primarily to expand NOCD’s provider network to all 50 U.S. states to enable the more than 8.25 million people in the U.S. suffering with OCD to access urgently needed teletherapy services (including research-backed live video therapy with licensed therapists that specialize in OCD, and ongoing in-between session support through peer communities and clinician-guided self-help tools). Additionally, the company plans to invest in technology and data science to ensure effective OCD therapy is convenient no matter where they live.

“OCD is not just about excessive hand washing or flipping light switches. It’s a severe, yet often overlooked mental health issue that debilitates the lives of millions of people in the U.S., and the pressures and uncertainties of COVID-19 certainly haven’t helped. Traditionally, it’s often not been easy for those suffering to get the care they need to live happier lives, in part because of the long-standing expenses,” said Stephen Smith, Founder and CEO of NOCD. “Today is an exciting step in the maturation of our company for our many collaborators, investors and health plans, but most importantly the people we are humbled to provide respite to everyday. Many go from rock bottom to much improved in a shorter time than via legacy methods. The months ahead for the NOCD team look bright, and we can’t wait to continue our growth, expand our technology capabilities and play a critical role in transforming many lives.”

“After evaluating numerous digital mental health companies, NOCD’s best-in-class clinical outcomes, robust technology platform, growing network of specialty providers, and mission-driven team set them apart in a rapidly growing market,” said Dave Tamburri, Managing Partner at Health Enterprise Partners, who has joined the NOCD Board of Directors. “We are thrilled to be partnering with Stephen and the NOCD team as they continue on their path of improving access to quality care for one of the most common but treatable serious mental illnesses.”

The NOCD mission has been personal from day one. Founder and CEO Stephen Smith began suffering from severe symptoms while in college. A successful student and NCAA football quarterback, Smith became afflicted by intense, unwanted thoughts – clinically known as “obsessions” – and as a result commenced repetitive behaviors to temporarily revolve his growing anxieties. Turning to mental compulsions, including repeatedly testing his own memory, Smith entered a cycle so debilitating that he could hardly function, let alone excel at the sport he loved so much.

Reaching a breaking point, Smith pleaded for help. Initially, he was misdiagnosed and received ineffective treatment from five different clinicians, spending significant money and eventually becoming housebound. Growing desperate, he searched for information about his symptoms online and found a massive community going through the same experiences. They described their suffering as OCD, and Smith was inspired to find an OCD-trained provider.

Smith was fortunate enough to find a psychologist trained in “exposure and response prevention” (ERP), arguably the most effective form of therapy for OCD, and a loving family member who agreed to finance his treatment. Stephen’s inklings were correct and he was diagnosed with OCD. Within just a few sessions his state improved significantly. Stephen regained his life, completed his college football career, founded NOCD and graduated.

Knowing firsthand how hard it is to get any helpful information, receive a useful diagnosis, and find a specialist who’s affordable and has availability inspired Smith’s founding of NOCD. He strongly believes that getting effective treatment for OCD shouldn’t be this hard, and people shouldn’t have to figure it all out while they’re already struggling. That’s what motivates him and his team to make NOCD a comprehensive resource for anyone with OCD around the world.

Getting invaluable OCD therapy is now much easier as NOCD collaborates with many major insurance carriers. The company’s offering includes video-based ERP therapy and in-between session support right in the platform. NOCD functions as a specialty virtual clinic, making ERP more effective, affordable, and convenient for people with OCD. To ensure high-quality outcomes within its network, NOCD uses both data science and its clinical leadership team’s expertise to train and supervise each of its therapists.

Integrated ERP therapy with an OCD therapist and the NOCD platform was shown by researchers at Columbia University Medical Center to reduce OCD severity by an average of 40 percent in eight weeks, and showed that people with OCD felt better in 50 percent less time per OCD specialist provider. Additional research by NOCD found that treatment has resulted in a 47 percent reduction in OCD severity, leading to a significant reduction in patient depression, anxiety and stress. This demonstrates that a single focused OCD treatment results in an overall reduction of multiple disabling and distressing symptoms. In essence, by treating the true underlying cause, you treat the whole person.

Our mission is to help people with OCD get better quickly and then stay better forever. Inside the NOCD platform, people with OCD can do live face-to-face virtual sessions with a licensed therapist that specializes in OCD and ERP, as well as get always-on support between sessions from self-help tools and peer communities. NOCD functions as a specialty virtual clinic, making Exposure and Response Prevention (ERP) therapy – the most effective treatment available for OCD – more effective, affordable, and convenient for people with OCD. To ensure high-quality outcomes within its network, NOCD uses both data science and its clinical leadership team’s expertise to train and supervise each NOCD Therapist. Glen Tullman, world-renowned digital health entrepreneur and investor, is also the Executive Chairman of NOCD.

Obsessive-compulsive disorder (OCD) is a condition that significantly affects quality of life, where people have repeated unwanted, intrusive thoughts, images and urges (known as obsessions) that are often taboo and contradict their core values. These obsessions cause debilitating distress, leading people with OCD to perform repetitive behaviors or mental acts (known as compulsions) in an attempt to temporarily relieve the resulting anxiety. OCD is widely misunderstood thanks in part to pop culture misguidance, but it is actually a prevalent chronic condition that affects 1 in 40 people – about 8.25 million Americans – and is ranked by the World Health Organization as a top 10 most disabling condition. Despite this extensive reach, OCD is also often misdiagnosed, resulting in it taking more than nine years for people with OCD to receive a proper diagnosis, and an average of 17 years to receive proper treatment. As a result of going untreated for a long period of time, people with OCD are 10 times more likely to die by suicide, generate three times the healthcare costs of those with depression, and are 45 percent more likely to develop complex cardiovascular and metabolic complications.

Exposure and Response Prevention (ERP) therapy has been scientifically proven to be highly effective at managing OCD, but people with OCD aren’t often able to effectively access ERP due to a shortage of specialists. NOCD is solving this problem by training its network providers to specialize in OCD and using custom technology to more easily scale their treatment, thereby reaching more people in need of this life-changing, critical care.

If you or someone you know is struggling with OCD, you can schedule a free call today with the NOCD clinical team to learn more about how a licensed therapist can help. .This consultation is free and doesn’t take very long—and it could be one of the most important calls you ever make.